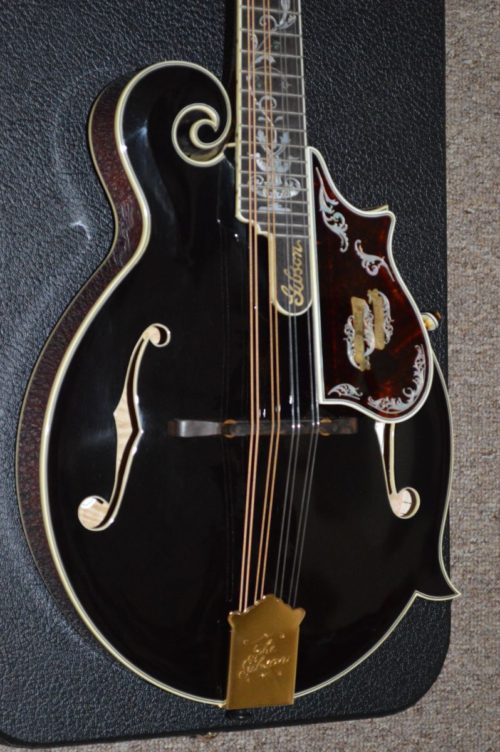 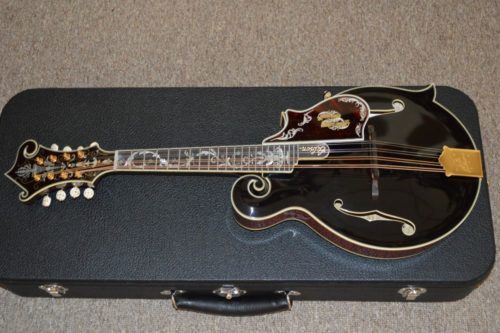 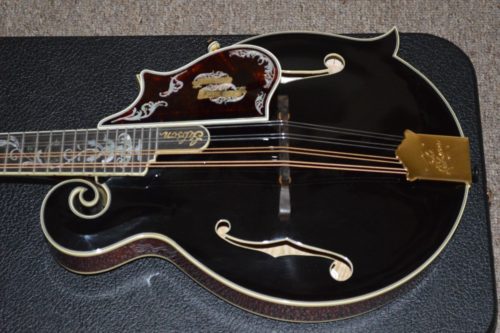 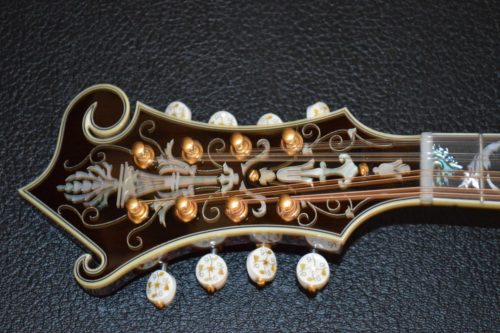 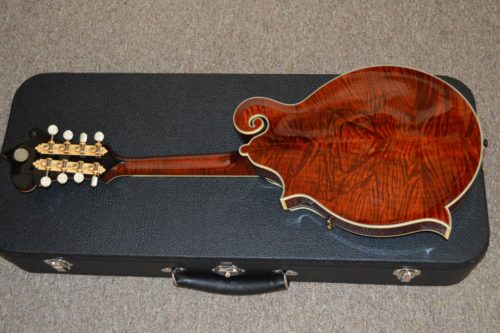 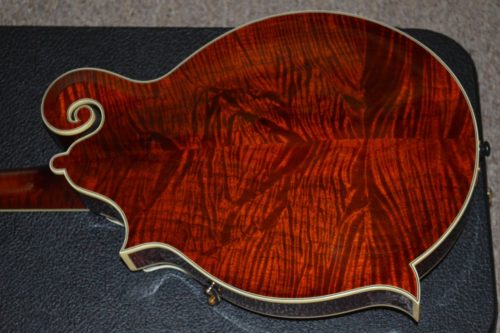 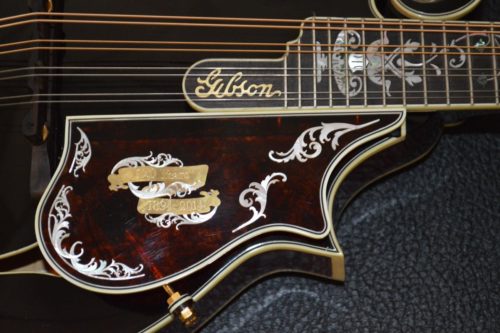 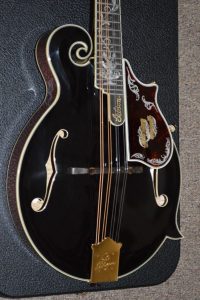 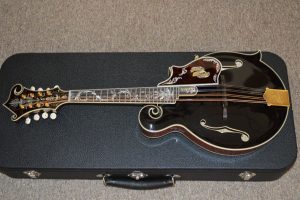 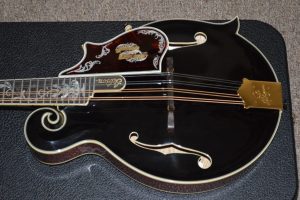 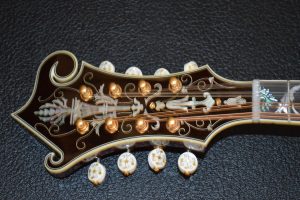 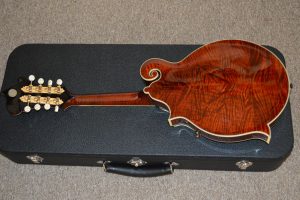 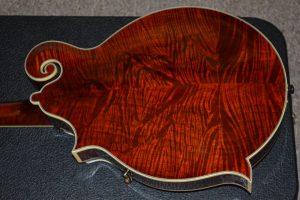 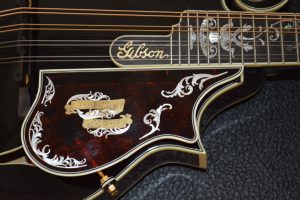 The inspiration behind these 120th Anniversary mandolins was 1904 black top Presentation F-2 with wire / torch and tree of life inlays. These inlays were only used until 1908.  These limited edition models are available in three color options: 1904 Black top with reddish walnut stain back and sides, 1912 amber top with pigeon blood back and sides, and 1923 cremona burst.  Gibson also created an elegant mother of pearl inlaid 120th anniversary pick guard for this model.  In addition each mandolin has an 1894 Liberty Head nickel inlaid in the back of the headstock to commemorate the year in which Orville Gibson applied for his first mandolin patent.